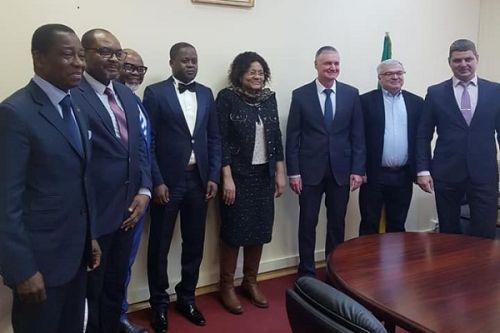 Cooperation: Cameroon invited to an IT forum in Russia

The Ministry of External Relations (Minrex) indicated yesterday March 14, that Russia has officially invited Cameroon to take part in the 13th edition of the  International Forum on New Technologies to be held from June 7 to 9, 2022.

The invitation was handed to the interim Chargé d'Affaires of the Cameroonian Embassy in Moscow by the Vice-Governor of Khanty-Mansiysk Autonomous Okrug – Ugra, Russia.

According to the Minrex, the forum is co-sponsored by the Russian government and the United Nations Educational, Scientific, and Cultural Organization (UNESCO). It explains that the forum "is a platform to share experience in the computer industry to create an environment conducive to peaceful, safe and open international cooperation.”

For those reasons, "Cameroon, which is the victim of repeated IT attacks, can capitalize on those experiences to improve its ability in the development  (...) of cybersecurity measures as well as the elaboration of good digital practices,” the Minrex added on its Facebook account.

The invitation comes in a context marked by international sanctions against Russia for its military operations in Ukraine. Besides the sanctions, several countries have banned their nationals from doing business with Russia.

However, Cameroon has refrained from taking any side. The country was absent during a UN vote condemning Russia and the government called for the “cessation of hostilities” and the launch of negotiations for concrete solutions to the crisis.