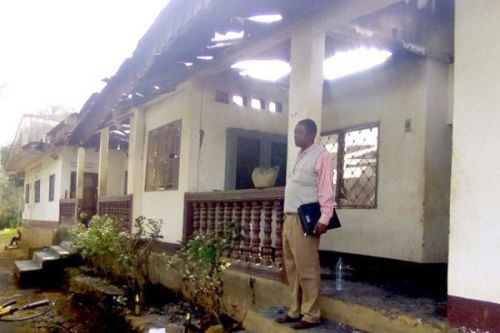 PPRD-NO/SO: Steering committee adopts over XAF36 bln budget for the reconstruction of Anglophone regions this year

The annual budget of the Presidential Reconstruction and Development Plan for the North-West and South-West Regions (PPRD-NoSo), adopted in the presence of UNDP’s resident representative Jean Luc Stalon, is XAF36.321 billion. The budget was adopted on May 13, in Yaoundé, by the Steering Committee of the said plan chaired by the Prime Minister's Director of Cabinet, Confiance Ebune.

According to Paul Tasong, Deputy National Coordinator of the PPRD-NoSo, this envelope will be used to finance the implementation of PPRD-NoSo projects selected for the May 2020-April 2021 period. The PPRD-NoSo is focused on three priority axes namely, social cohesion, reconstruction of damaged infrastructure, and revival of economic activity in the English-speaking regions, he added.

In the framework of the programme, 105 schools will be built in the NW/SW over the next 12 months (XAF10 billion). In detail, the Northwest will welcome 60 schools, and the Southwest 45. Health centres (25) will also be built in the Northwest and 20 in the Southwest. Also, XAF5.515 billion will be invested to drill 155 water points equipped with solar systems in the two crisis regions.

To revive economic activities decreasing in the north-western and south-western regions, the presidential plan focuses, for this first year, on agricultural production. In this regard, 1,000 hectares of agricultural land "will be restored in the North-West region and 700 hectares in the South-West region." The estimated cost is XAF1.2 billion.

The PPRD-NoSo steering committee also plans to rehabilitate livestock and cash crop markets, as well as solar ovens for drying cocoa and general equipment for farmers.

The entire reconstruction plan will cost XAF90 billion, financed by the State with the support of its partners.