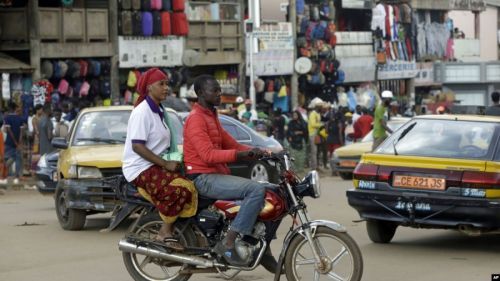 The government is currently concerned about the urban disorder in almost all the Cameroonian cities, according to Minister of Territorial Administration (MINAT) Paul Atanga Nji.

In the country, the urban disorder is so concerning that during the inauguration of the new headquarters of the Directorate General of Taxes on November 27, 2020, the Prime Minister, Joseph Dion Ngute, sharply rebuked the mayor of Yaoundé, Luc Messi Atangana. "It is high time our capital stops showing itself as a slum with heretical constructions, degraded roads, and rampant insalubrity," he said.

This is why this year’s first biannual conference of the 10 regional governors, organized from June 14 to 15, is organized under the theme "Decentralization and public order.”

In the presence of the governors, Paul Atanga Nji stressed that the urban disorder situation should be urgently addressed. "You must instruct your prefects to ensure that garbage bins are no longer visible in urban centers and along the roads in our cities. It is a bad image for all of us and for those who visit our country," he insisted.

For Prime Minister Joseph Dion Ngute, the solution to ending these urban disorders is to create an urban development master plan and ensure it is rigorously implemented.

During the conference, the MINAT instructed prefects and sub-prefects to make regular rounds in their respective cities to ensure they are clean, and mayors should include town cleanliness as a key point on their daily, weekly, and monthly agenda.

Let’s note that dumping garbage everywhere around cities is not the only form of urban disorder, according to authorities. There is also the anarchic occupation of public spaces by transporters, traders, and various residents. As Minister Paul Atanga Nji indicates, despite the efforts of various municipal authorities, the phenomenon is still ever-present.

The MINAT also points at motorcycle taximen as an illustration of the urban disorder. “It has been proven that several of them, unfortunately, contribute to the violence and insecurity in our cities and villages,” yet, they are the most used transport means given the shortage of mass transportation means, he says. So, he suggests an intensification of the operations aimed at identifying each of those drivers to clean up the sector.