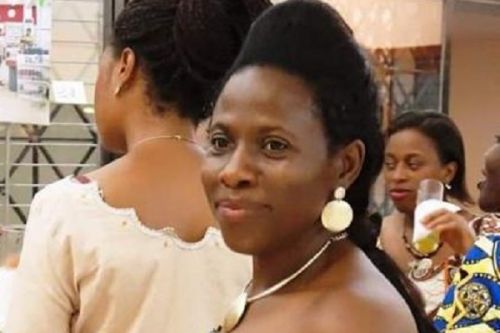 Madeleine Liguemoh Ondoua is the new Ambassador Extraordinary and Plenipotentiary of Cameroon to the Netherlands. The new diplomat was appointed on September 11th by the President of the Republic, Paul Biya.

First Counsellor at the Embassy of Cameroon in Switzerland with residence in Bern until her appointment, Madeleine Liguemoh Ondoua is a discreet but trusted figure in the Cameroonian diplomatic community.

The Minister plenipotentiary holds several degrees from the International Relations Institute of Cameroon (Iric), a school that trains Cameroonian diplomats.

From this educational institution, she obtained a master’s degree in 1997, a specialized higher education diploma (DESS) in 1999, and a doctorate in international relations in 2005.

Her diplomatic career started at the Ministry of Foreign Affairs (Minrex) where she served as an executive in the Directorate of Information, Documentation and Diplomatic Archives (2005-2006), Assistant Professor in the Legal Affairs and Treaties Division (2006-2011), and Deputy Director in the Cameroonian Expats Division (2011-2017).

The September 11, 2020 decree is a coronation of a successful career but it is also a welcome development after a period of uncertainty for the Minister plenipotentiary.

Indeed, after confidential documents relating to the trip of the Head of State to Switzerland in 2019 were leaked, the first counselor of the Embassy of Cameroon in Bern was recalled to Cameroon and questioned by specialized services in the framework of an investigation launched to determine where and who leaked the documents.

This new appointment means that she has been acquitted in the case, which nearly tainted her exemplary career.