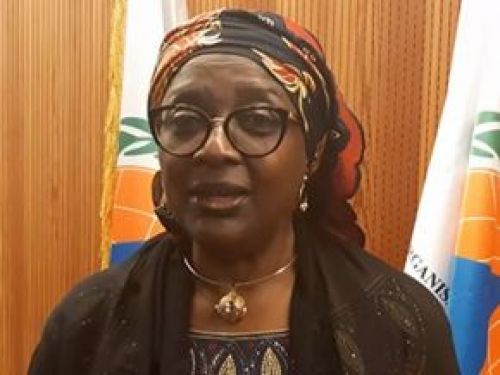 Mariatou Yap is the new Secretary-General (SG) of the International Civil Defence Organization (ICDO). The 60-year-old Cameroonian was elected to this position on Wednesday, October 14, 2020, during the 24th session of the ICDO General Assembly in Geneva, Switzerland. The Cameroonian candidate obtained 30 votes against 23 for her Lebanese challenger.

Former Vice-President of the ICDO General Assembly, Mariatou Yap is the first woman to access the prestigious position of secretary-general of this international organization. Her candidacy was announced on September 29, 2020, during a dinner hosted by the Minister of External Relations (Minrex), Lejeune Mbella Mbella.

For the newly elected secretary-general, this victory is all thanks to the Head of State Paul Biya who “believed” in her and suggested her for this position. Indeed, Mariatou Yap is a senior official of the Cameroonian administration. She was, since 2016, the Director of Civil Protection at the Cameroonian Ministry of Territorial Administration (Minat). Cumulatively, Mariatou Yap was also the Cameroonian Focal Point at the Economic Community of Central African States' disaster risk management program (GRC/ACC-CEEAC).

She will replace Colonel Belkacem Elketroussi, appointed Acting Secretary-General since October 18, 2018, following the resignation of the Russian Vladimir Kuvshinov. The International Civil Defence Organization (which today has some 60 member countries), was founded in 1931. Cameroon joined it in 1989.

Based in Geneva, Switzerland, this inter-governmental organization aims to contribute to the development of civil defense organizations in charge of providing assistance and protection to the population. It also aims to protect properties and the environment against natural and man-made disasters.