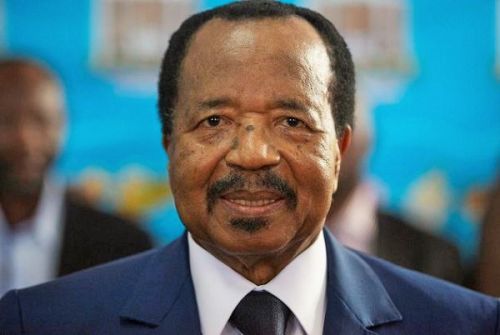 The Cameroonian Head of State, Paul Biya, recently extended his condolences to the family of Brandy Tataw, the 8-year-old schoolgirl shot dead on November 12 in Bamenda, regional capital of the Northwest and stronghold of the Anglophone crisis plaguing the country since late October 2016.

The message was delivered to the family by Governor Adolphe Lele Lafrique (governor of the Northwest), as reported in the November 15 issue of state media, Cameroon Tribune.

In a statement issued hours after the tragedy, General Delegate for National Security (Dgsn), Martin Mbarga Nguele, presented "his deepest condolences to the family hit so hard.”

Brandy Tataw was fatally shot by Police Officer Alain Fagha while on her way home from school. Indeed, in an attempt to stop a car that refused to stop at a checkpoint, the officer fired warning shots. According to Martin Mbarga Nguele, the schoolgirl who was “on the other side of the road” was hit by a stray bullet.

The police officer in question was arrested for an investigation immediately opened by the regional division of the Judicial Police, the statement explained.

Let’s note that on October 21, Minister of State, Ferdinand Ngoh Ngoh delivered the President of the Republic’s condolence messages to the family of  Enondiale Carolaise, who died under similar circumstances in the anglophone crises-shaken area of Buea, located in the South West