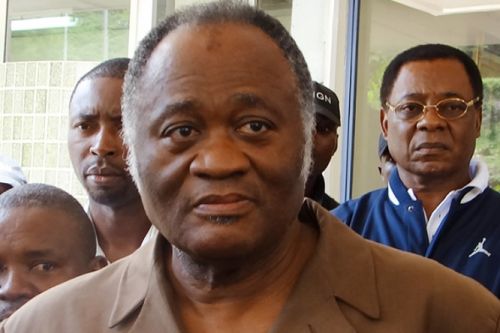 Joseph Owona becomes a member of the constitutional court

On April 15, Pr. Joseph Owona was appointed, via a presidential decree, as one of the 11 members of the constitutional council.

After leading the revision of the governing texts of Cameroon’s football federation (Fecafoot), as the President of the standardization committee, he left the institution in 2015.

Since then, he has not assumed any official position. However, according to newspaper Mutations, the law professor recently resumed his teaching work.

The former General Secretary of the Presidency (1992-1994) is replacing Jean Foumane Akame, another renowned legal expert, who passed away in January 2019.

According to some people, the professor of constitutional law’s profile is the best for this position since he is the lead author of the January 16, 1996, constitution founding the supreme court.

However, some social media users are against this appointment claiming that since he is an active member of the ruling party’s (CPDM) central committee, he could not be appointed as a member of the constitutional court, which is an independent institution. It is nevertheless sure that in the coming days, he will leave the party, as most of his new colleagues did in the past.

Born on January 25, 1945, Joseph Owona joined the government on August 24, 1985, as Deputy Secretary-General of the Presidency of the Republic. He was then appointed Minister for the Civil Service and State Control on May 16, 1988.

It is under his magisterium at the Ministry of Sports that the Indomitable Lions won the African Cup of Nations (AfCON), for the third time, in 2000. He has not returned to the government since the cabinet reshuffle after the 2004 presidential elections.