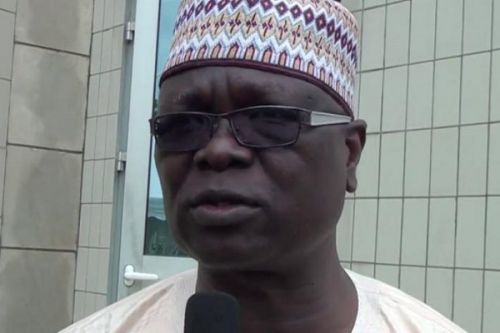 UN calls for release and medical treatment of Amadou Vamoulké

UN Working Group on Arbitrary Detention calls on the Cameroonian government to release Amadou Vamoulké, former MD of TV channel CRTV, who has been prosecuted for embezzlement of public funds and detained at Yaoundé Central Prison since 2016.

The information was published on 12 June by the NGO Reporters Without Borders (RSF). According to RSF, the UN Working Group ruled “in the conclusions recently communicated to our organization and the State of Cameroon, that the pre-trial detention of the former Director-General of the CRTV has no legal basis, as it goes beyond the maximum limit prescribed by law, and without sufficient explanation as to the reasonableness and necessity of this measure.”

The UN agency also calls on the Cameroonian government to ensure that he receives the necessary medical treatment as far as possible. Indeed, according to his lawyers, at the end of a consultation at the central hospital in Yaoundé, a doctor diagnosed in him a neurological disease requiring medical evacuation.

This opinion of the UN Working Group on Arbitrary Detention is only advisory and therefore does not compel the State of Cameroon to release the former MD of CRTV. Before him, many Cameroonian personalities who benefited from this advice enjoyed varying fortunes.

Michel Thierry Atangana, Maurice Kamto, Lydienne Eyoum, etc. were released without any link being established with the decision of the UN Working Group. On the other hand, former minister Marafa Hamidou Yaya remains in prison. For his part, the former Secretary-General of the Presidency of the Republic, Jean Marie Atangana Mebara, is still detained despite the opinion of the African Union Commission on Human and Peoples' Rights establishing his “arbitrary” detention.

But the government has often been sensitive to the deteriorating health of some imprisoned persons. For example, the President of the Republic ordered the medical evacuation of former Finance Minister Essimi Menye, former Prime Minister Ephraim Inoni, and former CamairCo ADG Yves Michel Fotso.