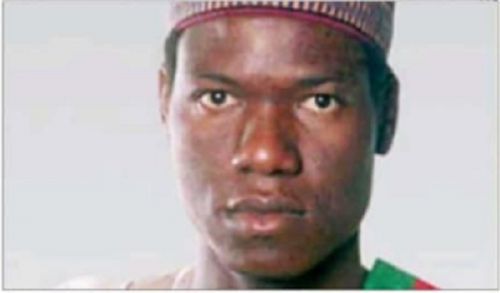 Former MP Blama Malla is currently detained at the Mora Territorial Brigade, Mayo-Sava Department, in the Far North. According to our colleagues of L'œil du Sahel, the former parliamentarian was arrested on December 12 by the gendarmerie of Mora.

The politician, who is a member of the ruling party Democratic Rally of the Cameroonian People (RDPC), is under investigation by elements of the national gendarmerie who suspect him of conspiring with Boko Haram, a terrorist Islamic sect based in Nigeria.

Blama Malla's judicial troubles are said to have begun with the arrest of a certain Talba, presented as the nephew of the former parliamentarian. "At the time of his arrest by members of the vigilance committee of Kolofata, the suspect was transporting 10 beef heads bought from Mémé and being transported to Nigeria,” the newspaper reports.

When he was being questioned, Talba (known in Kerawa as a member of the vigilance committee) allegedly admitted that he was delivering the beef heads to the sect, at the former MP’s request.

Pending the final conclusions of the ongoing investigation, the vice-president of the Mayo-Sava RDPC’s departmental standing commission and a non-negligible member of the party’s central committee will remain in custody at the Mora territorial Brigade. So will his nephew.