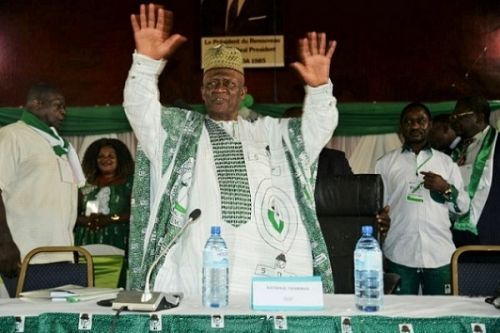 Members of the Social Democratic Front (SDF)’s national executive committee are scheduled to meet next month (January 2022) at the party’s headquarters in Yaoundé. According to Jean Tsomolou, the party’s general secretary, the meeting could be held in another town and even rescheduled to days after the African Cup of Nations Cameroon will host between January 9 and February 6, 2022.

“This is not a special meeting to address the party’s internal crisis. No. It is a normal meeting,” Jean Tsomolou said. He was then rejecting the persisting rumors that claim the party will soon call for a crisis meeting, which is crucial for its survival.

The petty dispute is far from over. Even the intervention of the national party chairman, John Fru Ndi, was not able to bring back peace. Nevertheless, it is highly improbable that the dispute will be on the agenda of the scheduled meeting.

The party’s senior officials are much concerned about the future. They want to bounce back after its resounding defeat during the 2018 presidential elections. Joshua Osih who was representing the party ended fourth with 3.36% of the votes behind Maurice Kamto and even behind Cabral Libii, a political novice who came from the civil society. It was a real setback for the party, which has been used to the second spot since 1992.

2025 presidential election to be the main focus

The party is already thinking about the 2025 presidential elections.

"According to the current schedule, the next presidential election will be held in 2025. We used not to prepare for those elections but this time, we will do things differently," said Jean Tsomolou.

The next presidential election will be the main focus during the scheduled party meeting. First, the party officials will discuss strategies to attract more members. Then, given that the SDF will have to end all of the internal disputes before the next congress scheduled for 2023, the congress will also be on the agenda. This is especially credible because the secretary-general is convinced that it is important to establish a working mechanism before the 2023 congress during which the party chairman will decide whether he will hand over his chairmanship or seek another term.

The committee meeting also wants to renew the grassroots structure and discuss the proposed consensual electoral code developed by a platform of seven opposition parties, including the SDF represented by Joshua Osih.