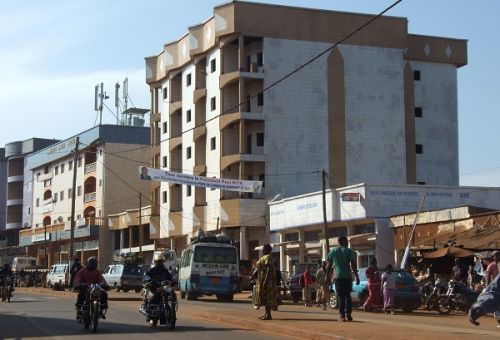 Motorcycles are now prohibited from circulating between 8:00pm and 6:00am in some localities of the Bamboutos department, in West Cameroon. This is the order contained in a decree signed on February 15th by François Franklin Etapa, the new prefect of this administrative unit located on the edge of the West and North-West regions.

The February 15th decree applies particularly to motorcycle taxi drivers operating in sensitive areas such as Mbouda (Bamendjing, Bamenyam, and Bagam), Babadjou (Louh, Takang Bororo, Zavion, Bororo Bawa, Djibouti, Bametougoung, Bawa Fido and Matazem), and Galim (Balatchi, Ngwaya 1, 2 and 3). "Offenders will be exposed to sanctions in accordance with the regulations in force," the text states.

The prefectural decision exceptionally authorizes those in charge of maintaining order and security, vigilance committees who hold cards duly signed by the competent administrative authorities as well as health workers operating in the localities concerned by the decree.

This decision is part of the measures aimed at strengthening the security system in the department of Bamboutos where insecurity is rising because of separatist gangs.

According to the administrative authority, the separatist gangs who attack localities (or defense forces) in the Bamboutos department are usually transported by motorcycle drivers.

In January 2021, six people - including three constables, a policeman, and two civilians - were killed during a separatist attack against a checkpoint in Matazem-Babadjou. Since then, the number of checkpoints has increased in the department. In Babadjou, for instance, several rain barriers have been erected in the neighborhoods, in accordance with the instructions given by the Minister of Territorial Administration.