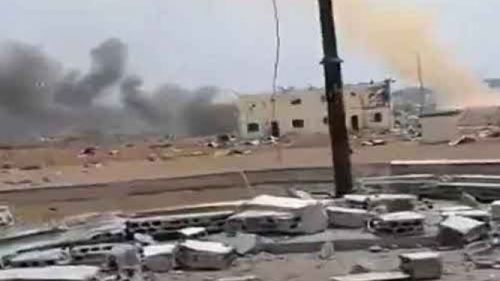 Cameroon's Head of State, Paul Biya, sent a humanitarian assistance mission to Equatorial Guinea on Monday, March 15, 2021. This mission, led by the Minister Delegate to the Presidency in charge of Defense (Mindef), Joseph Beti Assomo, and his colleague of Territorial Administration (Minat), Paul Atanga Nji, is composed of about sixty personnel of the military, health, the National Fire Brigade, and the military engineering.

According to the communiqué signed to this effect by the Secretary-General of the Presidency of the Republic, Ferdinand Ngoh Ngoh, the delegation arrived in E. Guinea with "a large shipment of medicines, foodstuffs, and various supplies."

This humanitarian assistance mission is being deployed to Equatorial Guinea following a tragedy that occurred on March 7 in Bata, the country's economic capital, after several explosions in an armory in a military camp left more than 100 people dead and more than 400 injured at varying degrees.

A statement issued by the Equatorial Guinean government shortly after the accident also reported significant material damage. It ruled out any criminal hypothesis and blamed serious negligence.

In an official note published on March 8, the Cameroonian Head of State sent his sincere condolences to the Equatorial Guinean President, Teodoro Obiang Nguema Mbasogo, as well as to the families of the victims, the army, and the government.