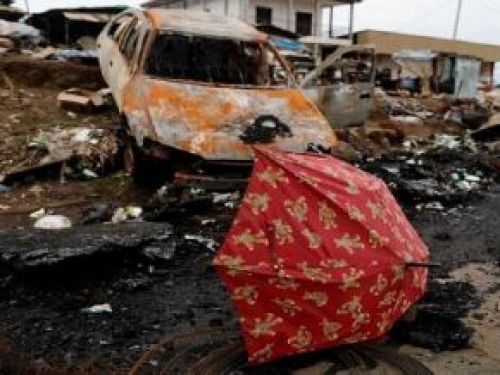 The government and its partners will have to provide XAF90 billion for the reconstruction of the Anglophone regions. This was revealed by Prime Minister Joseph Dion Ngute, during the inauguration of the National Coordinator of the Presidential plan for the reconstruction and development of the Northwest and Southwest regions (PPRD-NoSo) on April 15, 2020, in Yaoundé.

According to the executive of an NGO active in the Northwest, the stated amount will not be enough since the task is huge as the Prime Minister stated himself.

Scope of the task

In an interview with the government daily Cameroon tribune, Paul Tasong, the Deputy National Coordinator of the PPRD-NoSo, said that 350 schools, 115 health centres, 40 bridges, 400 water points, 500 kilometres of low-voltage power lines, 600 kilometres of rural roads, 45 markets and 12,000 houses will need to be reconstructed. Also, approximately 25,000 hectares of plantations will be rehabilitated. Paul Tasong even acknowledged that this estimate of the task at hand will need an update. Also, last year, the employers’ group GICAM estimated that the economic losses were over XAF800 billion.

However, he explained, priority would be given to zones where the reconstruction can be done with “minimum risk.”

The PPRD-NoSo is aimed at rehabilitating and developing basic infrastructure, revitalizing the economy and promoting social cohesion in these two English-speaking regions that have been affected since 2016, by a socio-political and security crisis.

One of the partners willing to provide funds for the PPRD-NoSo is France. In December 2019, during the presentation of the programme to development partners, France promised to provide XAF40 billion for the implementation. This amount is the remainder of the C2D contract with Cameroon.

The UNDP will act like a ‘fund manager’ that will receive the funds from both the government and development partners and manage them according to its “procedures and our fiduciary responsibility” Jean-Luc Stalon, Resident Representative of the UNDP in Cameroon says.