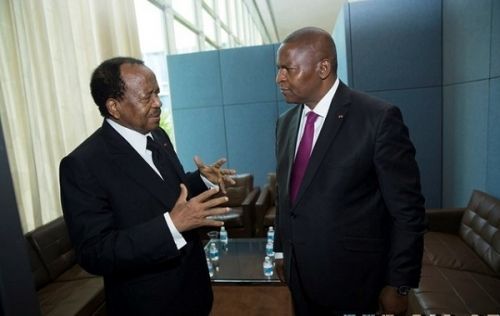 The Cameroonian Embassy in the Central African Republic (CAR) has rejected accusations that Yaoundé is carrying out a campaign of reprisals against the CAR at the instigation of major powers. In a note verbale dated May 13, the Cameroonian ambassador in Bangui provides clarifications on the precautionary measure recently taken by the Cameroonian government to strengthen export controls on certain consumer products.

The envoy explained that this measure "only concerns certain consumer products (cement, refined oils, wheat flour, and rice) and applies only to locally produced foodstuffs and certain other products subsidized for import (...) and intended for domestic consumption.”

The measure aims to crack down on "crooked traders who deny local consumers access to goods but sell them abroad, creating inflation in the local market.” The embassy rejects accusations that this measure is directed at the CAR. "The embassy, therefore, rejects the rumor spread by several media outlets to give credibility to the stance of some analysts and observers that the Cameroonian government, at the instigation of certain powers, would have taken retaliatory measures against the CAR by banning the export of consumer products to this neighboring country, brother and friend," the diplomatic representation defends.

The CAR has had difficult relations with the West, particularly with France, since its rapprochement with Russia. As a reminder, on April 22, the Cameroonian Minister of Trade asked the governor of the East region (bordering CAR) to strengthen export controls on consumer goods following the observation of "aggravated shortages of foodstuffs on the national market.