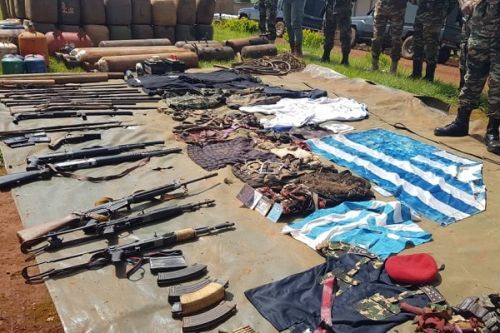 The Cameroonian army recently completed a 30-day anti-crime operation called “Kumbo Clean” in Bui, in the Northwest. During the said operation led by colonel Charles Alain Matiang, many separatist fighters were “neutralized.”

“Unfortunately, we have also lost four of our men and some are wounded,” brigadier general Valère Nka said.

Let’s note that operation “Kumbo Clean” was organized because Bui had become the epicenter of the separatist fights. In that region, there was an upsurge of IED attacks, the Brigadier general informed.

Since June 2020, three similar operations have  been organized in the region. For instance, in February 2021, an 8-day operation called “Ngoke-Bui” was organized. During that operation, eight separatist camps were destroyed in Kumbo, Verkovi, Yelum, Nkor, and Tatum.