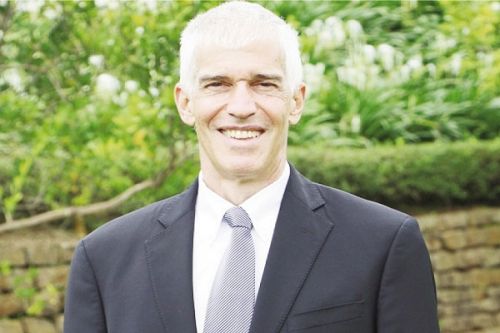 On July 16, private media “Le Messager” published an interview it conducted with US ambassador to Cameroon Peter Henry Barlerin. In this interview published a day before the end of the ambassador’s stay in Cameroon, he discussed various sensitive issues.

Talking about the Anglophone crisis, he regretted that it has not been resolved yet.  “I am convinced that one day this crisis will be resolved and I hope that day is near, " the diplomat added.

The man daily news “Mutations” ironically calls “the bad boy” refuted the critics that claim the US is supporting separatists. “The United States supports peace above all. We deplore those hateful claims and take them very seriously,” he said.

"The U.S. government's position has been very clear, consistent, and simple. Both sides must immediately stop the violence and engage in open dialogue without preconditions (…) This means that the English-speaking separatists must set aside their separatist demands and the government must also abandon its reluctance in envisaging another form of government,” he pointed out clarifying his country’s stance.

According to the diplomat, there is no military solution to the crisis. As there have been human rights problems, the ambassador believes that "Cameroon can do more for the respect of national and international human rights standards."

However, he indicated, "the government has not responded to credible accusations of gross human rights violations by its security forces. As a result of this failure, the United States has withdrawn discretionary assistance, resulting in the reduction of military aid programs and the withdrawal of preferential access to the US market [AGOA].”

The American diplomat also appreciated the measures taken by the government against the soldiers involved in the murder of two women and two children in the Far North. He also praised the President of the republic’s order to investigate the Ngarbuh incident.

During this interview, however, the diplomat admitted that every group of people has the right to determine its form of government. "The 2008 Constitution gave President Biya the right to run for an indefinite number of terms (…) President Biya has done a great deal for his country (...)," he acknowledged.

Peter Henry Barlerin also commented on the decision to create a vice-presidency for the country. “The idea of a Vice-President who would take over and complete a term in the event of death or incapacity of the elected President has been in the thoughts of Cameroonian politicians for years now (…) But it would be better to allow time and transparency in the selection of a vice-president for Cameroon since no vice-president was elected” to second President Paul Biya during the October 2018 election, he commented