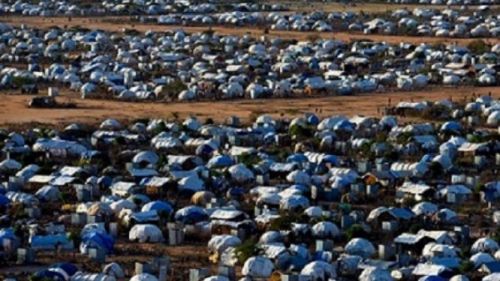 The Minawao refugee camp is overwhelmed, but the second site is still unprepared

As of October 31, 2020, the Minawao refugee camp in the far north of Cameroon had 68,390 people, according to the latest situation report published by the United Nations High Commissioner for Refugees (UNHCR).

Compared to December 2019, when the camp had 61,897 refugees, the UNHCR recorded 6,493 new arrivals in 11 months. Taking into account the average of 30 births registered each week in Minawao, "the total number has certainly increased since the last counting in the camp," a UNHCR source said.

Initially built to accommodate 20,000 refugees, the Minawao camp located 70 km from the Cameroon-Nigeria border has been overwhelmed for years. The site of 623 hectares no longer meets the influx of people who flee from Nigeria because of the exactions of Boko Haram. Seven (7) years after its opening on July 2, 2013, Minawao is crumbling under the weight of 48,390 additional refugees.

To relieve the camp, a second site was to be granted to the UNHCR in 2015 in the locality of Tchéré, about 15km from Maroua. But the project has been struggling to materialize.

In a previous situation report published on June 30, Minawao continued to receive an average of more than 870 new persons per month. "This average gradually decreased between March and April before peaking generally between November and January," the document states.

The reasons for this increase in the number of refugees are new arrivals, the return of former refugees because of the precariousness and insecurity with the exactions of Boko-Haram along the Cameroon-Nigeria border.

The UN agency also noted an increase in the number of households within the camp. Indeed, the camp has a total of 18,028 households. That is 36,785 women and 31,605 men. This population includes 62% minors (under 18 years of age) and 54% women/girls and 34,695 students are enrolled in the only high school built on the camp.