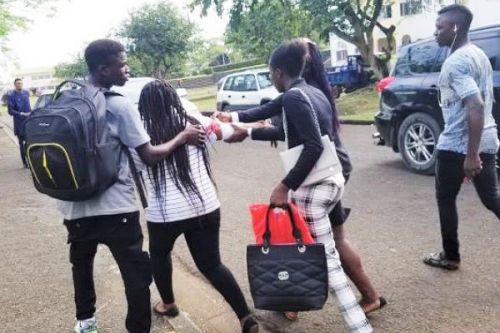 Anglophone crisis: US, UK, Swiss and Canadian embassies condemn recent attacks against civilians in the NOSO

Four of the diplomatic missions accredited in Cameroon recently condemned the recent upsurge of violence in the Northwest and Southwest where a separatist conflict has been raging since 2017.

In Tweets posted on November 15, the U.S. and Swiss embassies to Cameroon as well as the British and Canadian High commissions to the country condemned "attacks on civilians- especially children and students -  in the Northwest and Southwest using booby traps or live ammunition." They also denounced death threats issued against civil society leaders working to find a solution to the crisis.

"We reiterate the need for ongoing and wide-ranging dialogue to bring stakeholders together and get down to the root of the problem," the mission leaders indicated.

The tweets came amid an upsurge of violence in the anglophone regions.

On November 11, a 7-year-old schoolgirl was killed by a stray bullet in Bamenda. The fatal shot was fired by a police officer who was firing warning shots to stop a car that was trying to evade a checkpoint.

A month earlier, a similar incident occurred in Buea claiming the life of one girl.  At the same time, armed separatist groups are planting homemade bombs killing and injuring civilians, and defying regular defense forces in deadly clashes.

On November 13, not far from Bamenda, a separatist group ambushed defense and security personnel killing eight of them.  Since September 2021, in its hunt for the notorious militia leader ‘General No Pity’, the army has killed several separatist fighters.