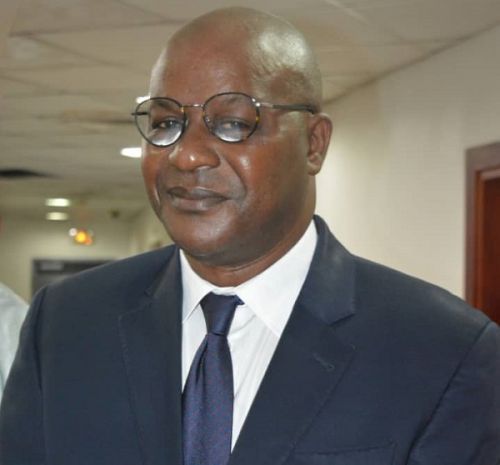 AfDB representative Solomane Kone ends mission to Cameroon, promises to be the ambassador of the country everywhere

"I consider myself a Cameroonian. I have forged strong ties with patriotic men and women working tirelessly for the development of their country, Cameroon, for which I pray that it will be an emerging country, democratic and united in diversity by 2035. I will not fail to be a worthy ambassador of Cameroon wherever I find myself,” said Solomane Kone, country representative of the African Development Bank (AfDB), who just ended his mission to Cameroon. He said that when he received the Cross of Valor from the hands of the Minister of Economy, Planning, and Land Management (Minepat), Alamine Ousmane Mey, on May 14, 2021.

"This very high distinction from the Head of State was in recognition of the services rendered to the Republic of Cameroon by the Bank and particularly the multiple efforts made by yourself and the dynamic team that accompanied you during your stay," Minepat said.

"At the end of my mission as AfDB Group Country Manager in your beautiful country, Cameroon, which is dear to my heart, it is with great emotion, pride, and gratitude that I humbly express my infinite gratitude to His Excellency Paul Biya for this great honor as I pack my bags after more than three years in Cameroon, miniature Africa," Solomane Kone reacted.

Kone has indeed boosted the Cameroon-AfDB cooperation inaugurated in 1972 with the financing of the construction of the Douala International Airport. Between his appointment in 2018 and today, the AfDB's portfolio of operations in Cameroon has grown from CFA900 billion to CFA1,482 billion.

Promoted to deputy director-general of the Central Africa region based in Kinshasa in the Democratic Republic of Congo, he ensures that his link with Cameroon will not be cut. "As Deputy Director-General of the region, I will remain closely linked to Cameroon's files at both the strategic and operational levels," said Solomane Kone.