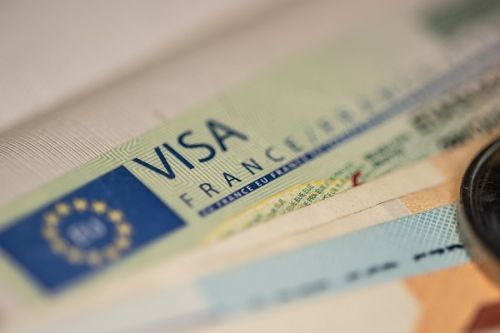 The French Embassy in Yaoundé announced it has launched a call for applications to recruit a partner to assist in the processing of visa applications in Cameroon. According to the explanatory document, the selected service provider will perform a series of tasks usually done by the embassy’s visa service.

These include making appointments, providing information and welcoming applicants,  receiving files, collecting visa fees, collecting biometrics, entering the visa application form, scanning the files (passport and supporting documents), sending the files to the post and returning the passports. The call for applications was launched last December 1 and the winner will be announced next April 4, we learned. The Embassy indicated that the consultation procedure will be carried out within the framework of a group of orders concerning the French embassies in Yaoundé, Abuja and Brazzaville and its consulates general in Libreville and Antananarivo. This means the selected service provider will be in charge of handling the tasks related to the collection of visa applications in the consular districts of France in Cameroon, and also in Nigeria, Congo, Gabon and Madagascar.

Outsourced visa application centers equipped with fixed biometric stations will be opened for this purpose as of October 2, 2023, including two main centers in Yaoundé (central region) and Douala (littoral) and a secondary center in Garoua (North). This outsourcing policy is part of the desire "to improve the quality of reception conditions for applicants and better deal with the strong number of demands,” explains the French Foreign Ministry on its website. In 2019, the complete outsourcing of the collection of visa applications was done in 121 outsourced centers in 45 countries, or 62 consular posts, according to the same source.

The decision to select a service provider follows several malfunctions recently observed on the online platform for consular appointments of the French Embassy in Yaoundé. The embassy blamed this situation on private agencies that hijack all the proposed appointment slots and then sell them at very high prices to users. "We remind you that making an appointment with the visa service is free. No outside intermediary is approved by the French Embassy in Cameroon," the diplomatic mission said in an information note published on October 10 on its website.

On January 16, the French ambassador, Thierry Marchand, conducted a press visit to the premises of his services. He aimed to allow Cameroonian journalists to “better know and understand the procedures for receiving and processing visa applications”. During the visit, the French diplomat said that work has recently been carried out at the visa service to make it more welcoming and friendly. "The idea is to create conditions so that the service provided to users is of better quality compared to what was done before," he said, in remarks reported by Cameroon tribune. According to Thierry Marchand, nearly 20,000 visas were issued in 2022 out of the 25,000 applications submitted in Yaoundé and Douala. Among them were 5,000 student visas, twice as many as in 2019, we learn.