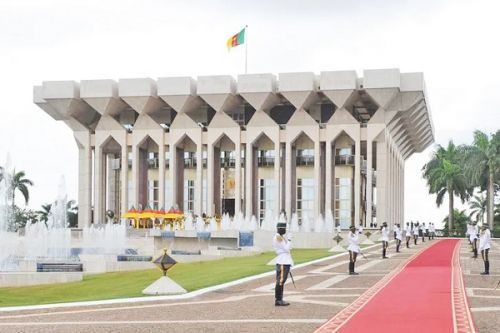 Police authorities recently opened an investigation into the theft of wines and spirits at the  Presidency of the Republic of Cameroon (PRC). The investigation is being conducted by the regional division of the Judicial Police for the central region. On February 18th, 2021, journalist Emile Fidieck, chief editor of Cameroonian daily Eco Matin was questioned in the framework of that investigation.

"The investigations of a credible newspaper end where justice begins its work," he wrote on Twitter at the end of his 40-minute session with the investigators. Contacted, Emile Fidieck did not disclose the reason for that "discussion" but he indicated that he had a "courteous" exchange with "an interlocutor mandated by the hierarchy" of the General Delegation for National Security (DGSN).

A police source confirmed that the exchange between the chief editor and the senior police officer was not recorded. Nevertheless, a judicial inquiry will be opened on this case of theft of property belonging to the presidency of the republic, the source added.

The alleged theft was brought to daylight in an investigative article published by Eco Matin in its Wednesday, February 17th, 2021, edition. Titled "les champagnes de la présidence de la République revendus sur le marché noir " (the champagnes of the presidency of the Republic sold on the black market), the article reveals that a wine theft ring was created at the presidency of the republic.

It accuses agents on duty at the presidency and promoters of outlets selling luxury drinks including wine sellers at the Bastos district in Yaounde. "The business seems so profitable that traffickers no longer bother to remove the stamp "Presidency of the Republic" stamped on the boxes," Eco Matin reported.

The article went viral and was extensively commented on social media. The case brought back the controversy around the presidency of the republic's expenditures (deemed too high) on drinks.  The controversy started in December 2019, after documents were leaked revealing that over XAF1,479 billion was spent to buy the alcoholic drinks that would be used to celebrate the 2019 holiday season at the presidency of the republic.

For the record, Cameroon is the 6th largest champagne consumer in Africa and the 51st in the world, according to the 2019 ranking of the  Comité Interprofessionnel du vin de Champagne (CIVC). That year, the country imported 156,212 75-cl bottles of champagne, spending about XAF2.7 billion (€4.212 million).