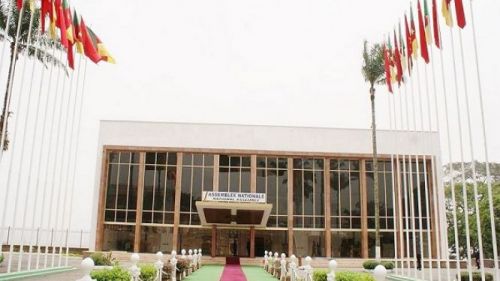 The two Houses of the Cameroonian Parliament are scheduled to open their first ordinary sessions for this year on March 20, 2020. On March 18, the President of the Senate, Marcel Niat Njifenji, signed an order convening the 100 members of the Upper House. The following day, Cavaye Yéguié Djibril, the Speaker of the National Assembly, issued an order summoning the 167 deputies, whose mandates were validated pending the resumption of legislative elections in 11 constituencies in the North-West and South-West regions.

However, the convening of the ordinary sessions is against one of the 13 measures issued by the government to halt the spread of the coronavirus. Indeed, in a special statement read on public television on March 17, 2020, Prime Minister Joseph Dion Ngute, announced a nationwide ban on any gathering of more than 50 people.

At the end of a restricted inter-ministerial consultation he chaired on March 18, 2020, the Prime Minister reiterated this measure. In addition, the Minister of Territorial Administration, Paul Atanga Nji, signed an order related to the measure.

Let’s note that Cabral Libii Li Ngue Ngue, one of the five newly elected PCRN deputies, had called for the confinement of the president of the National Assembly. The said president, Cavaye Yéguié Djibril, 80, returned to the country on March 14, after a month-long evacuation in a hospital in Paris, one of the major centres of the coronavirus pandemic in Europe. His suggestion fell on death ears. Cavaye Yéguié Djibril who has been president of the national assembly for the past 28 years was re-elected on March 17 by 147 votes out of 165.

To date, Cameroon officially has 21 positive cases of Covid-19. It is nevertheless hard to say if the subjects to be discussed during the sessions require the opening of these ordinary sessions despite the current health crisis.