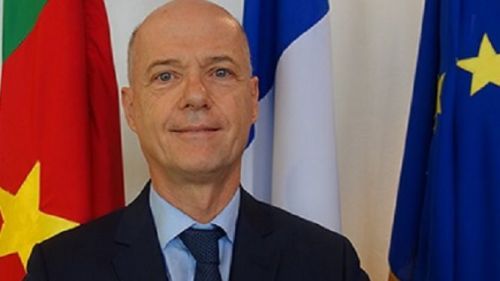 France requires the signing of a peace treaty, before getting involved in the reconstruction of Anglophone regions

The French Ambassador to Cameroon has, during the Sunday show Actualités Hebdo broadcast on April 19, 2020, on public television CRTV, reiterated the commitment of France to support the reconstruction of the North-West and South-West regions.

“I had a long meeting with the Prime Minister, who initiated the reconstruction plan, and told him that France is going to comply with the commitments made by Jean Yves Le Drian, the Minister of Foreign Affairs,” said Christophe Gilhou.

But the French envoy also said that before such a plan is set up, a peace treaty must be reached between the armed gangs and the government. A peace agreement is indispensable to launch reconstruction, he said.

“France has always claimed that the solution to the Anglophone crisis is political and not military. And it is for this reason that the country encouraged the Grand National Dialogue held from 27 September to 4 October 2019 in Yaoundé,” a political scientist recalls.

However, the same political scientist notes that “the requirement for a peace agreement between the government and the armed groups is difficult to meet. There are so many armed groups whose leaders are not known. It is not easy under these conditions to negotiate a peace agreement. Not to mention the intransigence of those who want nothing but secession.”

The French Ambassador did not comment on how the reconstruction plan will be financed but the country pledged at least CFA40 billion last December.