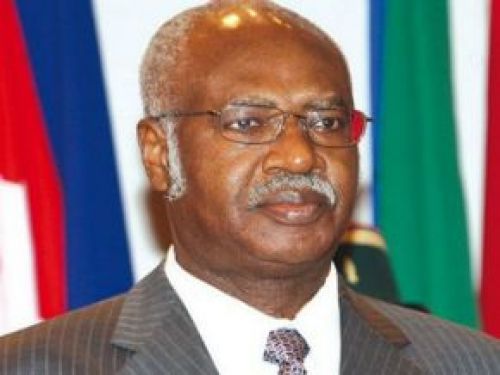 Philemon Yang replaces Peter Mafany Musonge, another former prime minister, who was appointed several months ago as chairman of the National Commission for the Promotion of Bilingualism and Multiculturalism (CNPBM).

The latter, who chaired his last session of the Council of National Orders on April 14, in the framework of the 48th National Unity Day, had been in office since 2007.

Philemon Yang has been the Head of the permanent delegation of the Central Committee of the Democratic Rally of the Cameroonian People (CPDM) for the North-West and regional chairman of the party during the campaigns for the 2018 presidential and senatorial elections as well as the legislative and municipal elections of February 9, 2020.

He indicates he does not currently know what is expected of him in this new position. “I will know more about it in the coming days,” he says.

Philemon Yang, a native of Oku locality in the Bui Department (North-West Region), is a magistrate who graduated from the National School of Administration and Magistracy (Enam) in 1975. He first joined the government in 1975 as Deputy Minister of Territorial Administration.

In 1979, he was appointed Minister of Mines and Energy, a position he left in 1984 to become Cameroon's Ambassador to Canada. He remained there until 2004 when Paul Biya recalled him to the Unity Palace as Deputy Secretary-General.

On June 30, 2009, the magistrate, who is reputed to be discreet, replaced Ephraim Inoni as Prime Minister, where he stayed longer than any other Primer Minister.

The government will intensify its actions to remove children from the streets before...
Taxpayers’ association ACDC calls for an English version of various tax declaration and payment platforms in Cameroon

A new Covid-19 vaccination campaign will be launched in Cameroon to stop the...