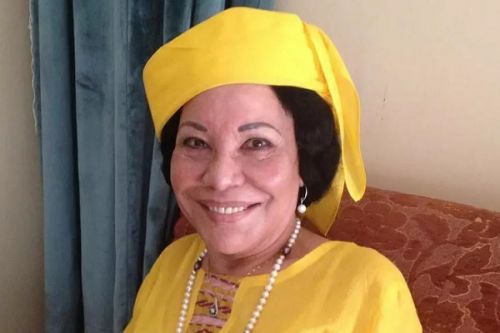 Former first lady Germaine Ahidjo passed away on the night of Monday, 20 April 2021, in Dakar, Senegal, where she was living, sources close to the family indicate. For a while now, her condition deteriorated, recently forcing her daughter, Aminatou Ahidjo, to leave Cameroon on Monday, April 19 to assist her.

Germaine Ahidjo Habiba, 89 years old at the time of her death, was the first lady of Cameroon between 1960 and 1982. After the disagreement between the current President of the Republic, Paul Biya, and her late husband over attempted coups, the couple went into exile in Dakar, Senegal.

During her lifetime, she pleaded several times for the repatriation of the remains of her late husband, who also passed away in Senegal. She used to claim that it is the government of Cameroon’s responsibility to repatriate Ahmadou Ahidjo’s remains unlike Paul Biya’s stance, which is that the said repatriation is a family matter.