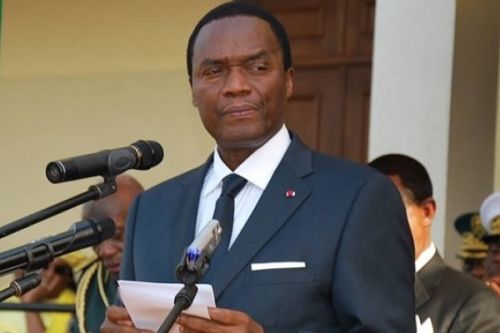 Cameroon’s minister of defense, Joseph Beti Assomo (pictured) is leading a delegation including the Minister of External Relations Lejeune Mbella Mbella and Chief of Staff of the Armed Forces, Lieutenant General René Claude Meka, on a working visit to Malabo in Equatorial Guinea from 20 to 21 July 2020.

This working visit is in line with the consultations held between the Ministers of Defense of the two countries on 29 and 30 June in Yaoundé. The objective was to iron out the differences arising from the construction by Equatorial Guinea of a wall at the common border.

During the meeting, Cameroonians and Equatorial Guineans agreed on several points. These include the creation of a joint body to combat illegal migration and insecurity along the border and the establishment of a joint mechanism to combat maritime piracy and terrorism.

The agreement also imposes the non-use of firearms along the entire common border, and the establishment of a series of sanctions against “members of the defense and security forces found guilty of fraud and gratuitous attacks against civilians who are nationals of both countries.”