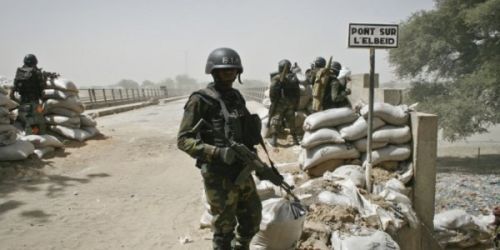 Cameroon is a "high risk" country for money laundering and terrorist financing. This was the conclusion of the "National Risk Assessment on Money Laundering and Terrorist Financing" presented in Youandé on January 19 by the National Agency for Financial Investigation (Anif).

From this report that covers the 2014-2018 period, it appears that no formal mutual assistance request for terrorist financing investigation was received nor sent by Cameroon during the period.  Similarly, no funds were confiscated, the report reveals quoting the Directorate General of External Research (DGRE), a public intelligence agency.

This could be explained by two reasons. Firstly, those who sent funds to Cameroon were not identified with certainty. Secondly, in Cameroon, terrorism financing is exclusively investigated by the military court while the judicial authorities of several foreign countries are always reluctant to follow up on the assistance requests issued by military courts.

DGRE informs that during the period, 112 investigations were carried out by Cameroonian intelligence agencies, resulting in 18 convictions and 55 acquittals.

These action plans will address the shortcomings identified, which include: the  "absence of a legal framework governing money transfer companies, the absence of specialized bodies investigating and prosecuting terrorism financing, the absence of administrative and penal sanctions in the implementation of anti-money laundering and anti-terrorist financing due diligence."

According to official figures, the number of suspicious transaction reports received by the Anif increased from 450 to 782 between 2019 and 2020. Last year, this investigative agency transmitted over 300 reports to judicial authorities. "In our 2020 activity report, the volume of funds laundered or used to finance terrorism is estimated at thousands of billions and they resulted from corruption, embezzlement of public funds, tax and customs fraud, cyber fraud, trafficking," said Hubert Nde Sambone, director of the Anif and coordinator of the national risk assessment.