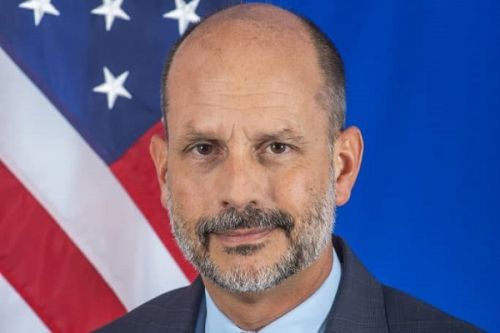 The new US ambassador to Cameroon, expected in Yaoundé in February, finally presented a copy of his credentials to the Minister of External Relations (Minrex), Lejeune Mbella Mbella, on March 21. Christopher John Lamora is thus assuming office a month late. For some time, people believed that the appointment of this homosexual, officially married to a man, embarassed Cameroonian authorities, hence the reason the ambassador did not assume office.

For a Cameroonian diplomat stationed in Yaoundé, the delay was only due to some “coordination challenges”. “The arrival of the new US ambassador has not embarrassed Cameroon the least,” he added.

He also reminds that Christopher John Lamora is not the first homosexual diplomat accredited to Cameroon. "There have been other cases like Raul Mateus Paula, who was head of the European Union delegation in Cameroon and Christine Robichon, a former French ambassador who is close to the LGBT community.

"Actually, it is mere arguments because Western countries know our laws very well, even more than some Cameroonians. Before arriving in Cameroon, those diplomats are briefed. In addition, Christopher Lamora has worked in Cameroon in the past. He knows everything that can go against our legislation, there are things he can not do, " says the Cameroonian diplomat.

He acknowledges, however, that a growing number of Western diplomats are either homosexuals or getting close to the LGBT community. He further reassured that Cameroon knows how to draw the red line not to be crossed.

Nevertheless, incidents do occur. In 2011, then-Minrex Henri Eyebe Ayissi, summoned Raul Mateus Paula to signify the government's disapproval of a funding agreement for an association "that violates Cameroonian laws.”

It was in response to a XAF200 million grant approved by the European diplomat for the Cameroonian association Sid'ado (Adolescents contre le SIDA) for a project "to assist and support homosexual minorities.”

Article 347 bis of the Cameroonian penal code states that "any person who has sexual relations with a person of his or her own sex shall be punished by six months to five years jail sentence and a done of between XAF20,000 and 200,000.”