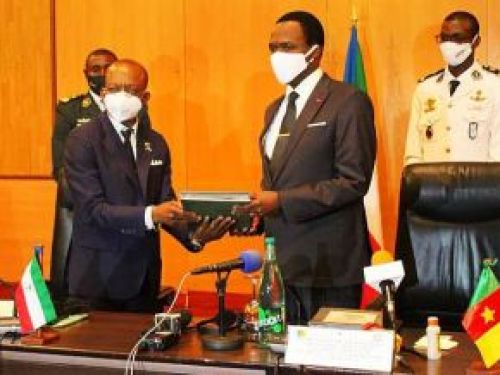 The heads of the two delegations inked the Agreement at the end of a consultation meeting held from 20 to 21 July in the capital of Equatorial Guinea.

According to the final communiqué, the discussions between the two delegations highlighted “the important role that the defense forces are called upon to play in preserving the integrity of the Gulf of Guinea, particularly in border areas where pursuit actions are made difficult because of the constraints of State sovereignty.”

“The Agreement is a significant expression of the high level of political dialogue and cooperation in security and defense matters between the two countries,” the document read. The cooperation is built based on respect for the principles of national sovereignty, non-interference in internal affairs, the prohibition of the threat or use of force, and the peaceful settlement of disputes.

Beyond that, cooperation between the two neighbors is also based on appropriate policies to address various security threats, such as drug trafficking and transnational organized crime, and the implementation of measures to curb violence, theft, and transnational crime.