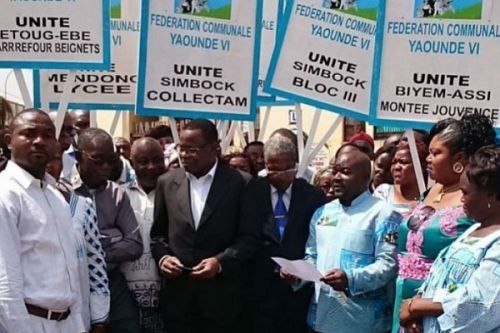 In a statement issued on July 21 and signed by its National Secretary of Communication, Joseph Emmanuel Ateba, the MRC informed that the march, which was intended to be a republican and peaceful one has been  "prohibited, thus confirming the impossibility (…) to organize a public demonstration of any kind in Cameroon, or even hold meetings at the headquarters of some of its local branches.

According to the MRC, this march called the  "Great Republican March" is aimed at promoting  "harmony and peace in the North-West and South-West and showing solidarity with residents of the Far North affected by Boko Haram attacks." Through this march, the MRC also wanted to promote national integration, denounce tribalism and demand the release of all the political prisoners in Cameroon. They were seeing it as a support for democracy and respect for the civil and political rights of every Cameroonian.

Indeed, many MRC activists are being held in some prisons for their participation in banned marches organized in January 2019 and September 2020. Others, including the party's president, Maurice Kamto, were freed after the President of the Republic ordered the charges against them to be dropped.

The announcement of this prohibition sparked debates on social media, where some see this as an infringement on freedom of expression because the demonstrations organized by opposition parties are regularly forbidden in the country.  "We have seen hundreds of Muslims take part in prayer sessions during the Tabaski on July 20. They were not even wearing face masks. Also, two days earlier, an official organized a march to support the President of the Republic," said an analyst of the Cameroonian political space.