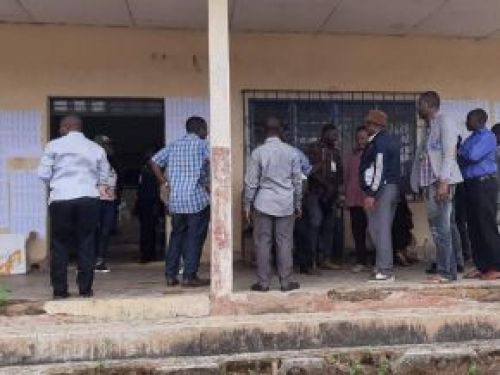 Legislative elections: By-elections effectively held in the Northwest and Southwest

On 22 March 2020, parliamentary by-elections were held in 11 constituencies in the North-West and South-West. Six political parties contested for 13 seats.

According to the Minister of Territorial Administration Paul Atanga Nji, the government's agent in the electoral process, "the voting was conducted calmly and transparently."

Paul Atanga Nji notes that "no major incidents likely to affect the smooth running of these elections or their credibility were reported by the administrative authorities and law enforcement agencies."

However, several local television stations reported a fire exchange between the defense and security forces and separatist armed groups in Santa, in the North-West. As a result of this incident, voting stations opened at around 10 a.m. instead of 8 a.m in the town.

Paul Atanga Nji indicates that the organization of the vote was the result of the "optimal security supervision of Elections Cameroon (Elecam), by the administrative authorities and defense and security forces.”

On February 26, 2020, at the request of the opposition party SDF, the Constitutional Council annulled the February 9 legislative elections in ten constituencies in the North-West and one constituency in the South-West, because not all voters were able to participate in the elections.

Due to the insecurity generated by the socio-political crisis in these two regions since 2016, Elecam grouped polling stations in some centers. According to the electoral court, the new grouping prevented some citizens from exercising their voting rights.