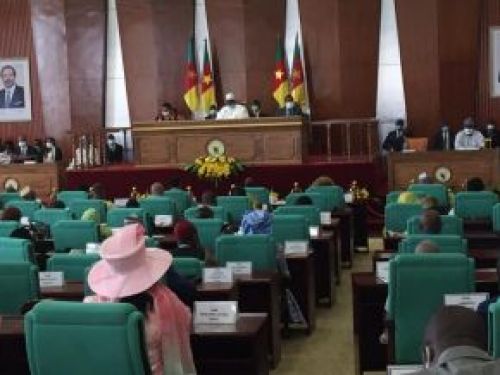 The national assembly adopts 3 bills after 13 days of meeting

During the national assembly's plenary session of Monday 22 June 2020, the deputies adopted three bills. The first text adopted by the Lower House of Parliament authorizes the President of the Republic to ratify the Protocol for the Elimination of Illicit Trade of Tobacco Products. The text was defended by the Minister of Commerce (Mincommerce), Luc Magloire Mbarga Atangana.

From the official’s presentation of the tobacco market, it appears that the only local actor operating in the market (out of five operators) holds 14% of the market while smuggled products account for 20%. Hence the need to limit revenue losses for the State by strengthening the local industry, while taking care of consumer health.

The second bill submitted for adoption at this plenary is also an authorization for ratification. It concerns Cameroon's accession to the Agreement on the Conservation of Gorillas and their Habitats adopted in Paris in 2007.

The text will enable Cameroon "to benefit from the support of international partners in the framework of the implementation of measures aimed at preventing human-gorilla conflicts through adequate land management," according to the Minister in charge of Forests, Jule Doret Ndongo.

Status of the OIC

The third bill authorized the ratification, by the Head of State, of the Statute of the organization for Women development in member countries of the Organization of Islamic Cooperation (OIC). While presenting the statute, the Minister for the Promotion of Women and the Family (Minproff), Marie Thérèse Abena Ondoa, recalled Cameroon's historical landmarks with the Islamic world in general and the Organization of the Islamic Cooperation in particular.

Signed by Cameroon on May 6, 2018, in Dhaka, Bangladesh, the Statute of the Organization for the Development of Women in the OIC Member States is an instrument that will help improve the performance of women institutions through cooperative actions listed in the statutes, the Miniproff said.