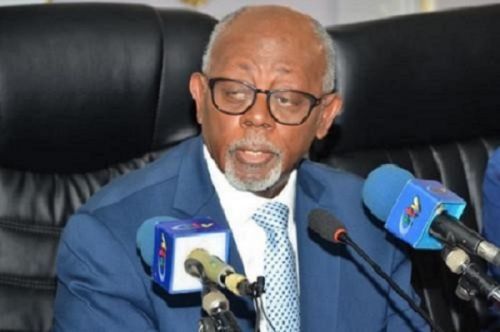 On July 8, 2021, a new procedure became effective in Cameroon concerning the sales of foreign diplomatic missions’ vehicles. Henceforth, embassies, consular posts, and international organizations accredited in Cameroon must abide by some new provisions before selling their vehicles. They must first make sure that the vehicles have been in use in Cameroon for at least three years, the former user has been recalled or is at the end of his/her stay in the country or the vehicle has been badly damaged, Minister of External Relations (MINREX), Lejeune Mbella Mbella (photo), indicated in a correspondence addressed to representatives of the said diplomatic missions.

According to the official, the diplomatic missions must then request an authorization from the Ministry of External Relations (the Directorate of Protocol, Ceremonial and Consular Affairs specifically) before putting the vehicles up for sale. Once the authorization is obtained, the diplomatic mission concerned must also get a certificate of sales specifically signed by the diplomatic security bureau, the special police unit that ensures the security of diplomats and representatives of international organizations accredited in the country.  "Any sales certificate signed elsewhere will be null and void and, therefore, will not be taken into account for further external procedures," the MINREX warns.

"The partner is allowed 30 days, from the date of sales authorization, to send the license plates, the crossed out registration card, a copy of the national ID card as well as documents proving the latter has completed all the required tax and customs requirements to the MINREX," the note specifies.  It comes in the context of traffic around the diplomatic license plates.

The new procedure is aimed at regulating the sales of diplomatic vehicles, Lejeune Mbella Mbella explains. The official indicates that vehicles belonging to diplomatic missions and international organizations are usually found on highways and interurban roads with illegal and even fanciful license plates. He further revealed that some people duplicate diplomatic license plates and the mandatory documents, as driver's license, registration, and insurance cards are usually invalid. Further, he reminds, diplomatic license plates are by no means authorizations for the drivers of those cars to ignore traffic regulations in force in Cameroon

To end such illegal practices, on August 18, 2021, Naseri Paul Bea, Governor of the Centre Region, informed that owners of diplomatic vehicles were allowed seven days to regularize their documents. Failure to do so will call for arrests and impoundments, he warned.  "All the cars found to be non-compliant or in an irregular situation will be immediately seized and their owners will be subject to appropriate sanctions per the laws and regulations in force," the MINREX adds in his note.