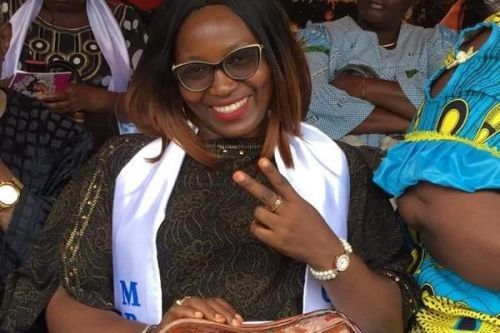 Mispa Awasum, national president of Cameroon Renaissance Movement (MRC) women is in detention since Saturday, November 21, 2020. The lawyer and politician has been placed in 15-days custody at the regional directorate of the judicial police (DRPJ) in the central region.

She was arrested following a protest march organized last Saturday, in Yaoundé, by activists of the opposition party to ask Cameroonian authorities to lift the siege of the house of Maurice Kamto, the MRC leader under house arrest since September 20, 2020.

During the protest, which took place in the Santa Barbara district, not so far from the home of the MRC president, the group of about twenty pro-MRC women (led by Mispa Awasum) undressed in protest before being arrested by law enforcement officials.

According to police sources, "the vast majority of the women arrested were released after being questioned.”

In a statement issued on Sunday, the president of the MRC indicated that his followers were being persecuted, stalked, harassed, and intimidated. He also accused law enforcement authorities of various abuses.  "Instead of ensuring the security of the territory and citizens, the national police and gendarmerie have become political police and the intelligence services devote most of their time to the core of the opposition and the surveillance of its activists. Cameroon is more than ever a police state that recalls the dark days of the colonial period and the first two decades of independence," Maurice Kamto wrote.

In September, Maurice Kamto launched a movement to oppose the organization of regional elections (scheduled for December 6, 2020) if there is no solution for the Anglophone crisis in the North-West and South-West regions.

The about 100 people who took part in the protest march he organized on September 22, 2020, were arrested and charged in courts.

During the protest march, the political party also demanded the resignation of Paul Biya, the president who was elected by more than 71% of the voters during the presidential election of October 2018.

Since then, he has been under house arrest because Cameroonian authorities accuse him of trying to destabilize the country.