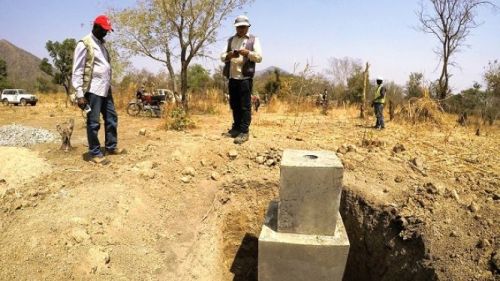 Cameroon-Nigeria: Towards the implementation of the 2002 ICJ judgement on the Bakassi Peninsula

Last November 19, in Yaoundé, the joint commission for the implementation of the International Court of Justice (ICJ) judgment of October 10, 2002, on the Bakassi peninsula dispute held its 33rd session. This meeting is held seven years after the last one held in Abuja, Nigeria, in February 2014.

In light of the progress made, Annadif Khatir Mahamat Saleh, the UN secretary-general's special representative for West Africa and the Sahel and chairman of the Joint Commission, believes the two countries involved in the dispute being settled by the October 2002 decision (Cameroon and Nigeria) should be nominated for the Nobel Peace Prize at the end of the process.

"Stability in Central and West Africa depends on stability in Nigeria and Cameroon because of the role those two countries play in their respective sub-region," said Amadou Ali, head of the Cameroonian delegation.

He informed that to delimitate the 2100-km long common border between the two countries, a total of 1,673 markers have already been installed.

"Ten years ago, we had disagreements over 17 points. At the opening of the work [the 33rd session], only six points of disagreement were remaining. Now, we can say that it remains only four points," Amadou Ali added.

The latter hopes that during the 34th session expected to be held in Abuja in August 2022, the remaining disagreement points will be all cleared.

"The positive results achieved must be consolidated. This is why additional funds are required to avoid delaying the process," Annadif Khatir Mahamat Saleh commented.

For the UN official, "the United Nations, through its coordinator in Cameroon, bilateral and multilateral partners and agencies » should support the dynamic by "funding projects that will benefit local population affected by the delimitation."