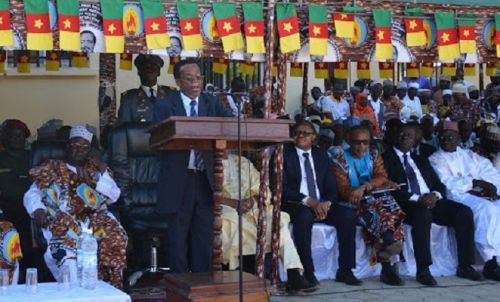 In a letter dated May 11, 2021, Jean Nkuete, Secretary-General (SG) of the Central Committee of the Cameroon People's Democratic Rally (CPDM), asked Cavaye Yéguié Djibril, head of the Far North regional permanent delegation, to postpone his plans to convene "high-level conferences" scheduled for May 15 to 31 in the regions of Adamaoua, Far North and North.

Jean Nkuete ordered Cavaye Yéguié Djibril (who is a member of the Political Bureau of the ruling party and also President of the National Assembly) to stick to the party’s provisions that prohibit any form of meetings between general bodies like permanent departmental and regional delegations of the Central Committee.

The letter was prompted by a previous one dated April 23, 2021, from Cavaye Yéguié Djibril. In that letter, the president of the national assembly had instructed the heads of the permanent regional delegations in Adamaoua (El Hadj Abbo Ousmanou), the North (Aboubakary Abdoulaye), and the Far North (Cavaye Yéguié Djibril) to urgently convene the heads of the permanent departmental delegations in their respective regions to encourage the population to reassert their support for Paul Biya, President of the Republic and National Chairman of the CPDM. The plan was also to involve various stakeholders in those meetings which aim “to devise ways to get (…) regions out of their current impoverished state.”

Compliance with the CPDM’s statutes

In another letter dated May 11, 2021, the SG of the CPDM Central Committee also warned El Hadj Abbo Ousmanou and Aboubakary Abdoulaye against Cavaye Yéguié Djibril’s initiative. In this letter, he asked them to devote themselves to the development of the party in their respective regions because no other head of regional delegation can summon them or create initiatives for the development of the party in the regions under their leadership.

Meanwhile, Cavaye Yéguié Djibril had already canceled the initiative. This could be either because it did not get the hoped-for support or the party hierarchy's support, or it could be because of the party SG’s call to order.

On the other hand, a local party executive thinks the initiative was canceled because the population was not enthusiastic about it.  In October 2020, a mission report sent by Cavaye Yéguié Djibril to his peers in Adamaoua and the North claimed that the population was frustrated because its social demands were not met. Rather, those demands were exploited and instrumentalized for non-violent protest movements, the report added.