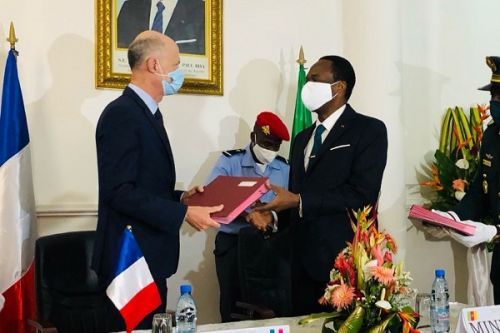 The Cameroonian Minister of Defense and the French Ambassador to Cameroon signed yesterday in Yaoundé two agreements on technical military assistance.

The first deal, which concerns the State Action at Sea (AEM), will see France train the Cameroonian navy for better maritime space security. Cameroon has been fighting maritime piracy for several years. The country also faces all kinds of trafficking in its maritime space. On September 19, a Navy patrol boat boarded a clandestine shipment of more than 55,000 liters of fuel off Mabeta.

The second agreement will provide support in terms of equipment, materials, and training to the International War College in Yaoundé. This school opened its 17th class on September 16 with about fifty officers from 20 countries, including France. "France is committed alongside its partners on security and defense issues," the French Ambassador Christophe Guilhou tweeted.