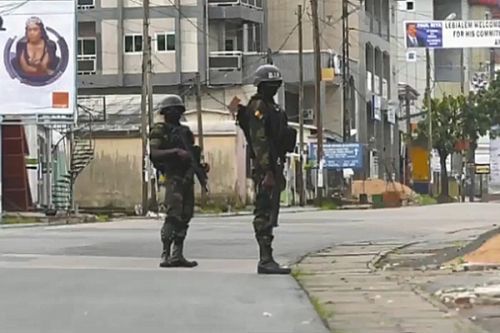 The Cameroonian government announced the deployment of new measures to strengthen security in this festive period. “The apparent calm in the main cities, except Bamenda and Buea, should not put us in confidence,” Defense Minister Joseph Beti Assomo warned against complacency during a special security meeting last November 22.

This meeting, which brought together the entire military high command and the main officials of the security forces, aimed to define the measures necessary to ensure that the end-of-year celebrations and the African Cup of Nations tournament (AfCON 2021) take place in a safe environment. The official said there is a “possible threat to security” and urged everyone to be involved in the peacekeeping process. Joseph Beti Assomo also called on the defence and security forces to be much more aware than usual.

As re reminder, a simulation exercise was recently conducted in Yaoundé and others will soon be organized in the four other cities that will host the AfCON 2021.