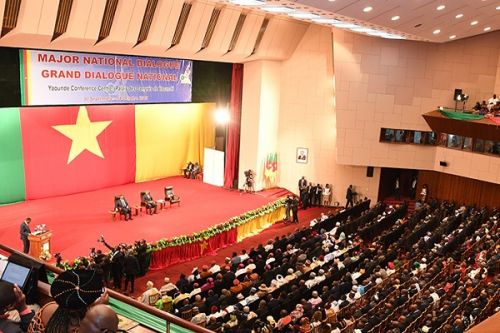 On March 23, 2020, President Paul Biya signed a decree creating a committee that will monitor the implementation of recommendations issued during the major national dialogue of Sep 30, 2019- Oct 4, 2019.

Chaired by Prime Minister Joseph Dion Ngute, the committee is constituted of 18 members from the diaspora, the civil society, women associations in the Northwest and Southwest and from the church. There is, for instance, Arch Christian Cardinal Tumi, Archbishop of Douala, Arch Jean Mbarga, Archbishop of Yaoundé, and former Prime Minister Peter Mafany Musonge.

The major national dialogue, convened by President Paul Biya, was held in Yaoundé from September 30 to October 4, 2019. It was organized to explore solutions for the sociopolitical crisis ongoing, since 2016, in the Anglophone part of Cameroon (Northwest and Southwest).

This crisis, exacerbated by irredentist tendencies, paved the way for recurrent clashes between the defence forces and armed separatist groups.

Among the recommendations issued during the dialogue is the acceleration of the decentralization process and the agreement on a special status for the Anglophone regions.