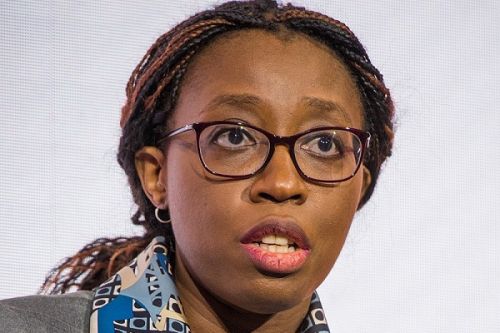 Cameroonian economist Vera Songwe eyes the presidency of the IFC

Cameroonian Vera Songwe is running for the position of President and CEO of the International Finance Corporation (IFC), a subsidiary of the World Bank presented as the largest development assistance institution whose activities are focused on promoting the private sector.

The 51-year-old economist, who has been Executive Secretary for the United Nations Economic Commission for Africa (UNECA) since August 2017, is running to replace French Philippe Le Houérou, who was appointed head of the IFC in 2015.

She holds a Ph.D. in mathematical economics from the Center for Operation Research and Econometrics (CORE), a Master's degree in law and economics, and an advanced degree in economics and political science from the Catholic University of Louvain (UCL) in Belgium.

Vera Songwe has acquired the experience for this job in about 20 years with the World Bank Group. Before her career at the UNECA (she was the first woman to assume the position of Executive secretary of this institution), this native of Southwest Cameroon was the IFC Regional Director for West and Central Africa.

She also served as an advisor to the World Bank's Managing Director for Africa, Europe, and Central and South Asia, as well as senior sector coordinator for a group of countries.

Although her professional and academic backgrounds constitute an asset, Vera Songwe still has to face a serious challenger in the name of Thierry Tanoh, an Ivorian. This graduate of Ecole Supérieure de Commerce d'Abidjan and Harvard Business School is an alumnus of IFC where he served as Vice President for Western Europe, Sub-Saharan Africa, Latin America, and the Caribbean from 2008 to 2012. Above all, the former Ivorian minister is a long-time godson of the former Ivorian head of state Henri Konan Bédie.

Following the IFC's laws, the CEO of this structure is appointed by the IFC's Board of Directors on the recommendation of World Bank President David Malpass. This appointment must be made before October (when Philippe Le Houérou will leave).