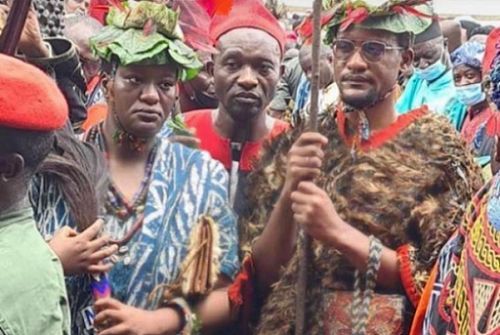 In a letter dated October 21, 2021, Salah Khaled, representative, and director of the UNESCO Multisectoral Regional Office for Central Africa, congratulated His Majesty Mohamed Nabil Nfornrifoum Mbombo Njoya, for his nomination and enthronement as Sultan of Bamoun.

While wishing the new king "success for this new and noble duty," the representative also paid tribute to the late king His Majesty Ibrahim Mbombo Njoya.

Also, the UNESCO representative reminds, " the UNESCO and the Sultanate, through the king, have maintained excellent relations since the studies for the rehabilitation of the royal palace in 1968, as a support to the last application of the Nguon to get the palace included on the Representative List of Intangible Cultural Heritage of Humanity and the creation of the Noun community radio.”

Salah Khaled also requested an audience with the new monarch. This audience aims undisputably to boost cooperation between the sultanate and UNESCO "for the benefit of the heritage and the very dynamic creativity of the Bamoun people and Cameroon.”