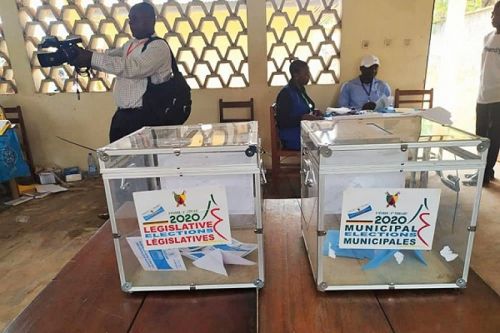 The Administrative Court of Bafoussam has decided to annul the municipal elections in four constituencies in the Western Region. These are Bafoussam I, Koutaba, Foumbot, and Bandja. Voting operations will be resumed there, according to the verdict decided by the court on March 24, 2020. This decision taken in the context of the post-electoral dispute comes a little more than a month after the municipal elections were held.

In Bafoussam I, the appeal for annulment filed by outgoing mayor Jules Hilaire Focka Focka of the RDPC, won. The ruling party accused "the Social Democratic Front (SDF) and the body in charge of the organization of the elections, Elections Cameroon, of having favored reciprocity, ballot box stuffing, massive fraud and confiscation of polling stations by candidates’ supporters.”

In the department of Noun, two annulment requests introduced by the RDPC against the Democratic Union of Cameroon (UDC), an opposition party that claims Noun as its natural bastion, were also successful. The requests concern the communes of Foumbot and Koutaba. The court decided the annulment of the municipal elections in about 15 polling stations set up in schools justifying the ruling by the "failure to respect the closing hours, thus favoring multiple votes."

The request submitted by Pierre Kouemo's UMS in the Bandja district was also successful. The party won its case against Elecam and the RDPC.

A total of 16 appeals for annulment of the municipal elections were filed and examined by the Bafoussam Administrative Court. The requests concerned the constituencies of Bafoussam I, Koutaba, Foumbot, Bandja, Noun-centre, Banka, Nkam-centre, Bandjoun, Mbouda, Bayangam, Foumban, Njimoun, and Kekem.

The government will intensify its actions to remove children from the streets before...
Taxpayers’ association ACDC calls for an English version of various tax declaration and payment platforms in Cameroon

A new Covid-19 vaccination campaign will be launched in Cameroon to stop the...