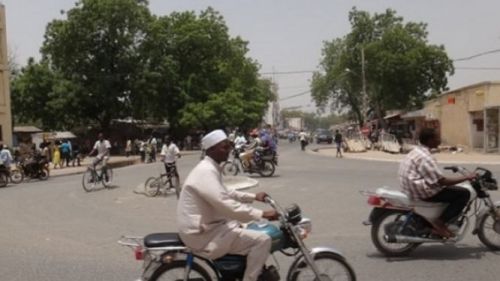 The demonstration scheduled for November 29 by the Collective Citizens Against the Suffering of the People is now banned, according to a decision of the sub-prefect of Maroua II district (Far North region), Julien Eymard Plong.

In an official letter signed on November 24, the authority prohibits "until further notice," "all demonstration, activities, publications, meetings and public events planned by the 'Collective Citizens Against the Suffering of the People’ in the district.

Julien Eymard Plong, who fears a threat of disturbance to public order, sees the demonstration as a "step aimed at undermining unity and social peace" at a time when Cameroon is planning regional elections for December 6, 2020.

According to a statement of demonstration filed on November 20 in the sub-prefecture of Maroua II, the collective wanted to denounce the "avoidable human suffering faced by the Cameroonian people in general and those of the Far North in particular.”

The sub-prefect suspects that the Collective Citizen conducts this initiative on behalf of the Cameroon Renaissance Movement (MRC), especially as the spokesperson for this collective is Jean Pierre Boutche, a politician known as the Secretary of the MRC Communal Federation in Maroua.

The MRC is one of the Cameroonian political formations that oppose the organization of regional elections. Maurice Kamto's party has braved the ban imposed by the authorities to initiate a protest in some cities in Cameroon. And even if these demonstrations were not very successful, the unfortunate candidate for the presidential election of October 2018, under house arrest, promised to take new initiatives to make his voice heard.