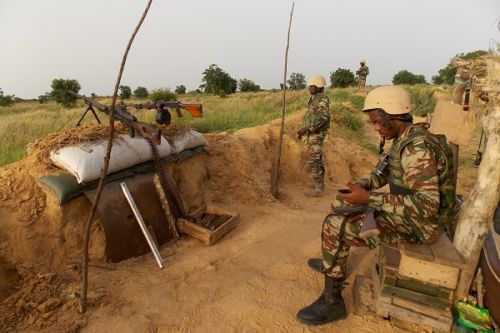 The Islamic State says it was behind the attack on the Soueram military base, in the district of Fotokol in the Far-North. The tragedy happened during the night of May 24 to 25 and took the lives of two Cameroonian soldiers.

Ramat Moussa, the Mayor of Fotokol, says the army neutralized 5 terrorists. “In Soueram, the swift intervention of the Rapid Intervention Battalion (BIR) -whose base is in the town of Fotokol- and deterrent fire from the men of the Multinational Joint Force (MJF), located on the Nigerian side less than a kilometer from Soueram, made it possible to retake the military position targeted by the terrorists,” explains a military source quoted by L'œil du Sahel. The terrorists set fire to an army vehicle and took away a weapon and ammunition.

In the aftermath of this attack, another military vehicle was burnt on a mine. Seven soldiers were injured in the incident. “The terrorists tried to take the vehicle away. But the vehicle did not have enough fuel. So they didn't get very far. But when they left, they mined it. When the soldiers tried to bring it back to the base, the vehicle hit a mine on the road nearby,” said a local authority.