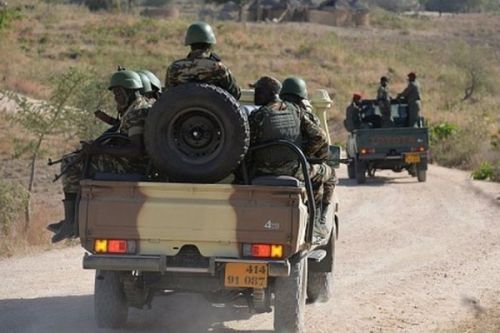 The Mixed Multinational Force post in Zigue, located about 56 km from Waza by Kousseri (in the Logone-et-Chari department, Far North region), a few kilometers from the border with Nigeria, was attacked on the night of July 26 at around 9:45 p.m., security sources report.

This attack, which military sources have already attributed to Boko Haram, has killed five soldiers, three of whom were burned alive. The victims include soldiers of the National Navy and sergeants. One civilian was also killed, four soldiers and one civilian were injured, all of whom were evacuated by the Rapid Intervention Battalion to Dabanga. Boko Haram fighters also looted the post and took five small arms and one heavy weapon. A container of fuel and a generator were burned.

The response to this attack resulted in casualties on the part of the attackers, military sources said. However, the number is not known, as the bodies were taken away.

This is the second deadly attack in three days in the region. On the night of July 23-24, insurgents killed eight soldiers during an incursion into Sagme, in the Logone-et-Chari department.

Faced with this resurgence of Boko Haram attacks, the President of the Republic has dispatched the Minister Delegate of the Presidency in charge of Defense (Mindef) to the field. Minister Joseph Beti Assomo is expected to make a working visit to the Far North region on July 28. The member of the government is expected to meet with military officials in the region to assess the security situation.