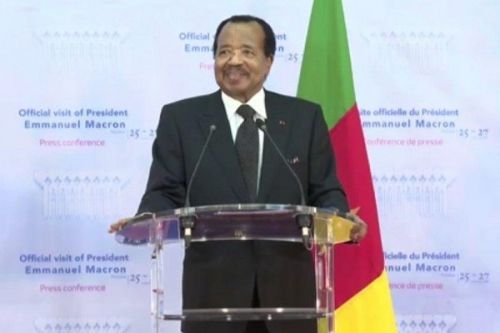 Cameroonian President Paul Biya spoke about his future as head of state during a press conference held with his French counterpart Emmanuel Macron yesterday July 26.

Responding to a question about his candidacy for the 2025 presidential election, the Cameroonian head of state said: "When this term expires, you will be informed on whether I stay or retire." Before that, President Paul Biya emphasized that his seven-year term is still in progress. He still has three years left.

Indeed, his succession has been widely discussed recently. Some think his son Franck Biya may take over. As a reminder, President Paul Biya was re-elected in October 2018 with 71% of the vote for a 7th consecutive term. Eight other candidates were in the running.