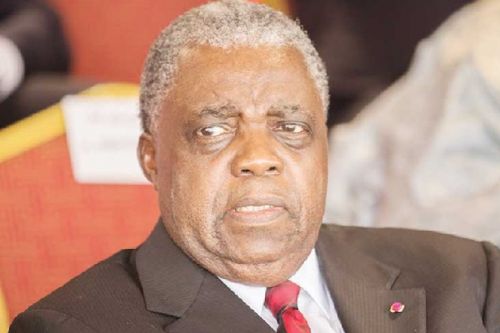 René Sadi: “The President of the Republic is tending to his sovereign functions as usual”

In a press release signed on the evening of March 26, 2020, René Emmanuel Sadi (photo), the Minister of Communications, categorically refuted the rumors about the death of President Paul Biya. “the President of the Republic is tending to his sovereign functions as usual. Proof of this is his activities in recent days.”

The rumor was started on Facebook, on March 25, in a video posted by an activist known as “Kamwa La Panthere.”

According to René Emmanuel Sadi, the "foolish" statements made by this activist are "delusions and fantasies of a rogue and visibly unbalanced fellow citizen." Therefore, he indicates, those statements deserve no trust.

In the past week, the president issued numerous decrees such as the one establishing the commission that will monitor the implementation of the recommendations made by the major national dialogue and another appointing new management for the National School of Local Administration (NASLA).

The rumor started amid the health crisis created by the coronavirus pandemic. Though some measures have been issued by the president and are being implemented by the government, some opinion leaders think that a television address by the president will reassure citizens, sensitize and convince unbelievers about the risk Cameroon is facing.

Let’s note that this is not the first time rumors about the death of President Paul Biya have been sparked. In 2004 for instance, a rumor announced he was dead but, as a reply, he said this: “those interested in my funeral should meet me in twenty years.”