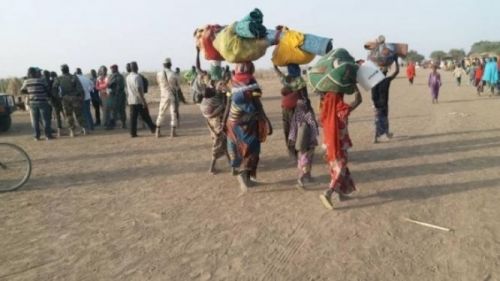 Since December 2020, attacks by Boko Haram have forced 12,500 people in the Far North region to leave their villages, abandoning homes, fields, livestock, etc.

"Boko Haram violence in Cameroon has triggered a major humanitarian crisis, forcing more than 322,000 people to leave their homes since 2014, including 12,500 since December 2020," Human Rights Watch (HRW) notes in its latest report “Cameroon: Boko Haram Attacks Escalate in the Far North.”

"Following the January 8, 2021 attack, hundreds of people fled Mozogo to neighboring villages and towns, including Koza, Mokolo, and Touboro. At least 300 of those who remained in Mozogo stopped sleeping in their homes, spending the night outside for over a month,” the international NGO explained.

"We live in fear. We are tired of the situation, economically and psychologically exhausted," a resident quoted by the report said.

However, the UN says that "according to the security forces, the number of border incursions has decreased thanks to military operations in Nigeria and the redeployment of military forces to the Cameroonian border area.”

The Cameroonian Minister of Defense, speaking to deputies at the National Assembly on April 1, announced that "the war is not over, which is why all the Cameroonian army's devices remain in place and continue to be monitored.  Joseph Beti Assomo is even optimistic, saying that "the Far North is coming back to life. Economic activity has been going on for two or three years.

To protect themselves against Boko Haram attacks, kidnappings, and looting, the population has formed vigilance committees, which have sometimes succeeded in neutralizing Boko Haram members or repelling their attacks.

The government and its partners support these vigilance committees to enable them to be more effective. For example, in April 2020, the United Nations Development Program (UNDP) donated hundreds of bicycles with helmets, 80 megaphones, and 250 mobile phones to the vigilance committees in Mora and Kolofata.