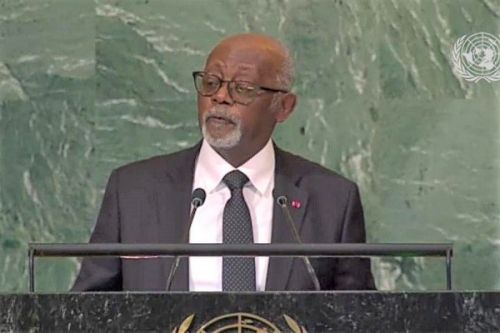 The Cameroonian Minister of External Relations (Minrex), Lejeune Mbella Mbella, revealed last September 27 during the UN meeting that his country wants to leverage development opportunities from the climate fight.

In its Nationally Determined Contribution (NDC), the Cameroonian government stated that “climate change in the five agro-ecological zones of Cameroon is fully integrated into the sustainable development of the country, thus reducing its vulnerability, and even transforming the problem of climate change into a solution/opportunity for development.” Therefore, “climate change can be a real opportunity to capitalize on the transition to a green economy, the fight against poverty, but also to strengthen social cohesion through the reduction of differential vulnerabilities,” the document reads.

During his speech at the UN meeting, the member of government also mentioned that ‘Cameroon has confirmed its commitment to this international momentum by increasing its greenhouse gas reduction commitments from 32% to 35%. That is 12% unconditional efforts and 23% conditional on the support of the international community.”