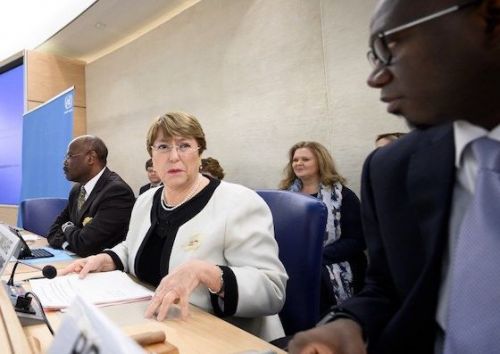 In a note dated October 28, 2020, the Permanent Mission of Cameroon to the United Nations Office, the World Trade Organization, and other Geneva-based international organizations reacted to the "Press briefing notes on Cameroon" issued a day earlier (October 27) by Ravina Shamdasani (spokesperson of the Office of the United Nations High Commissioner for Human Rights-OHCHR).

In the said press briefing, the spokesperson strongly condemned the attack carried out on October 24, 2020, by heavily armed assailants against a school in Kumba. These assailants cold-bloodedly killed six students in their classrooms and seriously injured a dozen others.

While welcoming this condemnation, the Mission notes however that it "comes, at last, after an astonishing prolonged silence from the OHCHR following several other similarly horrific human rights violations.”

Also, the mission expresses its utter astonishment at the surprising lack of objectivity in the release published by the spokesperson. For the Mission, the content of the press briefing is somehow opposed to the declarations made by some other institutions like the European Union, the African Union, France, or even the United Nations Coordinator for Humanitarian Affairs in Cameroon.

"There was not only an embarrassment in clearly indexing the perpetrators of the horrible massacre in Kumba, but, we also note that while pointing at the involvement of the separatists, the OHCHR systematically incriminates security and defense forces.”

Finally, the Mission is convinced that, rather than unequivocally condemning the massacre, the OHCHR sent a political message to the Cameroonian government by stressing the urgent need for an inclusive dialogue as a solution to the English-speaking crisis.

Meanwhile, the Mission recalls, the Major National Debate to find a solution to the crisis was held in Yaoundé from September 30 to October 4, 2019, and the recommendations put forward are already being implemented.